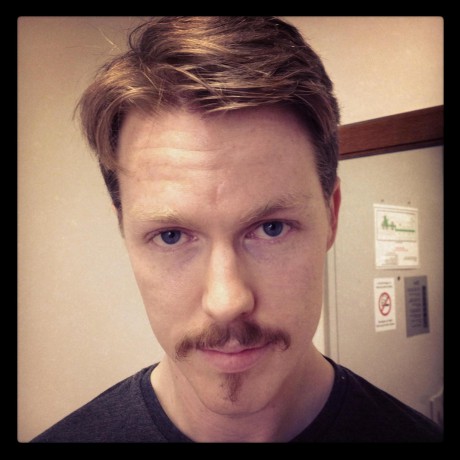 Hello, my name is Mark and I work @Fastly as a Staff Software Engineer.

“as smart as developers are, they are not always good at explaining things in a way that makes human sense. not you. you are an exception. you are A+”.

I ❤️ this feedback. It came from someone I was mentoring who worked in Product Support at BuzzFeed. She was interested in getting a better understanding of how software systems were designed/architected, and also how to know what types of questions she should ask when investigating technical incidents.

Her feedback also hints at something bigger which I strive for: to help others to do their best work and to push/promote the good work other engineers do (especially those from either a diverse background or minority).

I care a lot about the people I work with, and aim to build meaningful relationships with people across the company. In doing so I hope to ensure that we collectively are able to work as a cohesive unit, and thus provide great value to our users.

I ideally want to get across two fundamental things about me:

You can find me online at the following locations:

The journey has only just begun!

I was a former customer of Fastly, and had become well known for publishing probably the longest known article on the subject of Varnish, VCL and Fastly’s implementation.

I joined Fastly to work within its new (at the time) Developer Relations team helping to manage and support their current set of API clients (inc. orchestration tools such as Terraform and Fastly’s own Terraform provider).

I joined as a Senior Software Engineer as part of a new ‘core’ UK dev team. We were tasked with decommissioning a 10yr+ legacy Perl monolithic application stack over to various Python and Go services.

I was working primarily within BuzzFeed’s OO-INFRA group, which sits somewhere in-between traditional infrastructure/operation teams and engineering teams building user facing products. Our motivations were to make the lives of our fellow engineers easier by building tools, services and abstractions that enabled them to work more quickly and efficiently.

January 2018 I was promoted to Staff Software Engineer, after helping to design/architect, develop and maintain some of BuzzFeed’s key infrastructure and software (CDN, caching strategies, routing behaviours, and security/authentication related concerns).

January 2019 I moved over to the Core Infrastructure team (which is split up into multiple sub teams). I’m initially part of the ‘Infra Edge’ team responsible for strengthening and securing our Edge. The Edge is the surface area of our infrastructure that is in direct contact with the public internet. It includes DNS and the various services that accept ingress traffic from the Big Bad Internet. It is essential to our business that our Edge be a resilient and security-focused layer of our infrastructure.

Each year I would also participate in the various working groups and mentoring programs, and become part of the ‘on-call’ rota and handle interactions with the Hackerone program.

NOTE: I’m a remote worker and currently my team is based in New York, so good communication (+ focus and work ethic) is essential.

I joined BBC News as a client-side/mobile specialist within their Core News team. Within the year I had moved into a senior engineering role. The (then) Technical Lead for the BBC News Frameworks team requested I join them in order to help the organisation transition from its current platform over to one built upon the AWS platform.

I started in the Frameworks team building and designing back-end architecture for different microservices hosted upon the AWS platform, and we developed these services primarily using JRuby. In October 2014, I was offered the role of Technical Lead.

Near the end of 2015 I decided to change roles to Principal Software Engineer, as my previous role required more of my time to be spent in meetings and handling line manager duties, whereas I wanted to focus my time more on helping my team solve technical problems.

I started working at the agency Storm Creative straight out of college. I was always focused on learning and improving my skill set - both technical and communication skills - the latter helped me communicate better with both clients and other stakeholders/colleagues.

I progressed upwards through the organisation, moving from initially being a client-side web developer (this included doing animations utilising ActionScript 3.0) to becoming a server-side developer (ASP.NET, PHP and Ruby), then onto becoming a Technical Lead across all projects and finally becoming the Digital Media Manager responsible for my own team of four engineers and overseeing all aspects of our projects.

I’d like to share the various things I’ve worked on over the years and the impact/value this work has provided.

NOTE: The large majority of my ‘impact’ has been as a remote worker. My hope is that the following list demonstrates how I’ve successfully made a positive impact (both as an IC and as a Team Lead) while also being a 100% remote worker with a family to support and balance against.

“This is a HUGE milestone for the provider, it’s come a long way since we adopted it and we’ve always been building up to being able to cut this v1 release.

Congrats to @integralist for his hard work, dedication, and commitment to navigate us through this project.”

I’m a print published and self-published author; I’m also a tech reviewer and am a published author for many popular online organisations (you’ll find many technical articles on my own website as well):

The following links are to some of my more ‘popular’ articles. My main focus when writing is to take a complicated or confusing topic and attempt to distil it, in order for the subject to be more easily understood.

NOTE: The following repositories are listed alphabetically (i.e. are not ‘prioritized’ in any way) and are also likely very stale at this point.

The reality of life is that I have a family and so, outside of work, I have no time for open-source contributions. Anything I have worked on has been either done as part of an employer’s own motivation to contribute to open-source or something I found 5 minutes to spare to share some code I was hacking together.

I don’t profess mastery, but I’m adept with most of the below, and I have an aptitude towards learning what I need to get the job done right.

NOTE: With any static list, this is likely to go stale. For example, I’ve not worked with JavaScript for many years (I’m aware of the various client-side platform changes, react, virtual doms etc) but at one point in time of my career I was considered a deep dive expert. So take this list with a ‘pinch of salt’.

The slightly more up-to-date, and ordered, list would be:

The longer and more stale version: